Linda Poche opened the Zoom meeting with a welcome. Emma Landman is our newest CMMAG member.  She had been in an artists guild in Georgia before moving to North Carolina and was looking for a local group to allow her to spend time with other artists.  She has done oils in the past but now mostly acrylics, but she is like many other members who is willing to try new media.

Katherine Stein led a drawing exercise of sketching a statue from various angles.

Amy Roswick reminded the members of the prompts for the Third Quarter 2021 Picked Prompts Challenge.   The results are to be shared at the meeting on September 9.  The prompts are as follows.

Denice Celley shared the drawing exercise she has been planning for the past few months...when we were to get together in-person using mat board scraps she has been collecting for guild members.  The demo involved each person following one instruction, and then passing along the piece to another person for the next instruction.

No comments:
Email ThisBlogThis!Share to TwitterShare to FacebookShare to Pinterest

Maureen is a much sought-after teacher of children’s art classes in the Triangle.  She also teaches adult workshops in mono printing at her studio, a dream she held in her heart for quite some time.  She has been a contributing artist for Gel Press® and served as a guest artist on a live broadcast with Jerry’s Artarama of Raleigh. Maureen has received many accolades as her pieces have been chosen for shows across North Carolina. Her piece, If Mother Nature Could Dance, was chosen for the Spotlight on Wake Forest Artists event. The piece was digitally reproduced as a large mural in brick vinyl and applied to the façade of the Wake Forest Renaissance Centre in downtown Wake Forest. 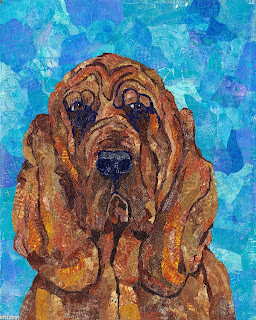 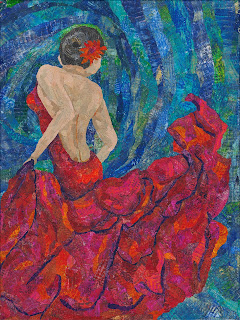 Maureen has been a member of CMMAG for four years.  She recently served as Board Member at Large.  When Maureen is not working in her studio she enjoys watching a good movie on TV or playing with her dog, Charlie.  She is on Facebook at Maureen Seltzer's Art Studio and on Instagram at maureenseltzersart.  Her latest works and classes are also detailed on her website at www.seltzersart.com.   A few examples of her pieces are included in this story, but you can see Maureen's art in person at Extraordinaire at Triangle Town Center and at Wake Forest Coffee in downtown Wake Forest. 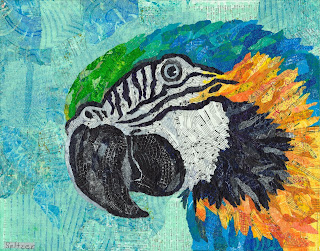 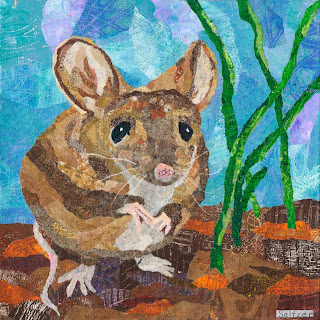 CMMAG is an enchanting, supportive group of hobbyists and professional artists with knowledge and experience in a wide range of media: print-making, encaustics, fluid pouring, resin work, fiber arts, mosaics, collage, bead work, polymer clay, photography, jewelry-making, book-making, watercolors, acrylics and more. These colliding interests and our depth of experience often result in a cauldron of creativity and learning that is exciting to watch and experience.
Our members gather on the 2nd Thursday of every month at Chavis Community Center in Raleigh. Although this is our official business meeting, we also have demonstrations of new techniques & products, feature member challenges, share our latest artistic endeavors, and mingle with other artists. Visitors are always welcome!
In addition to our monthly meetings, the Guild has frequent members-only workshops and play dates throughout the year.

To join in person: Attend any meeting, and pay your $30 dues by cash, check or credit card.
To join online: Use the PayPal link in the box below (you don't have to have a PayPal account). Note: There is a $2 processing fee to pay via PayPal ($32.)
When we receive your payment, you'll get a thank you email welcoming you to the Guild.